Amazon Elastic Block Store (Amazon EBS) is a service that provides persistent block-level storage for Amazon Elastic Compute Cloud (Amazon EC2) instances. Simply speaking, the service allocates reliable hard drives (aka volumes) to cloud servers. One of the very useful features of Amazon EBS is creating snapshots of EBS volumes. According to Amazon Knowledge Base, AWS EBS snapshots are backups of EBS volumes. But are they indeed backups? Let’s find out how EBS snapshots work, and what they can do.

What Is EBS Snapshot? 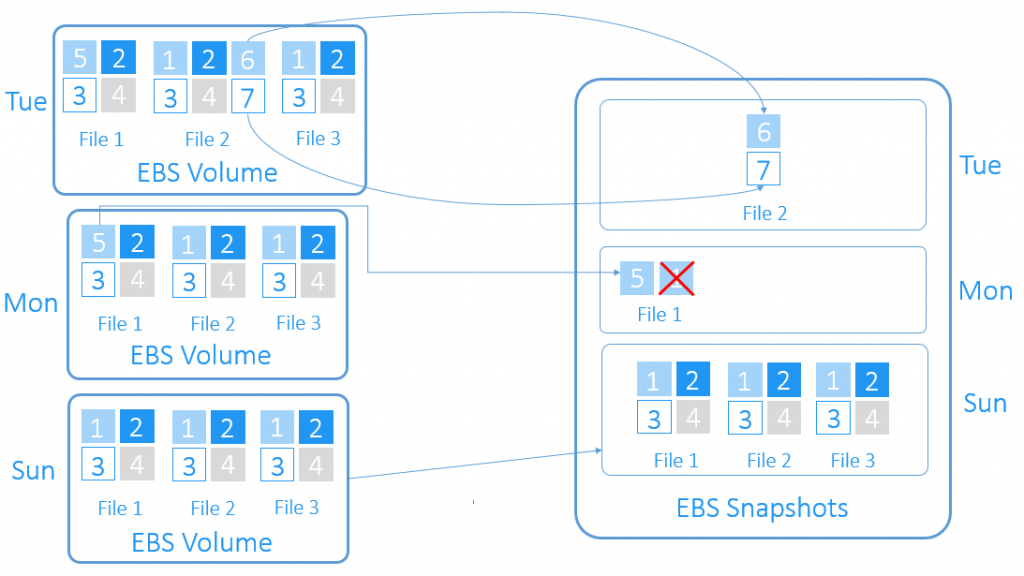 Each AWS snapshot contains all the information needed to restore your data starting from the moment of creating the EBS snapshot. EBS snapshots are chained together. By using them, you will be able to properly restore your EBS volumes, when needed.

As an incremental copy of data, EBS snapshot has a number of limitations. Let’s consider them in detail.

According to Amazon AWS recommendations, to perform correct application-aware snapshot you should follow the simple rules below:

EBS snapshot does not perform flushing or locking operations by itself, and you should do this manually, prior to creating the snapshot. Stopping an instance and unmounting volumes to make a consistent business data backup is like starting a car with a hand crank each time after stopping at a traffic light. 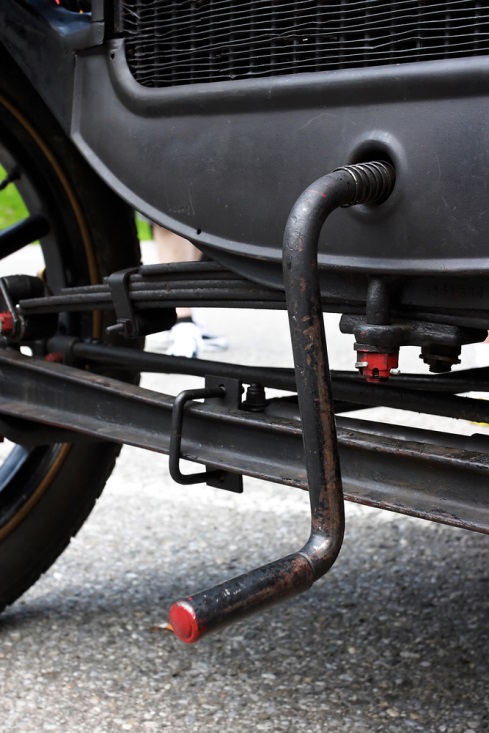 Copying backups to a different type of media, for example, to your local backup storage, is one of the most important techniques, which prevents complete data loss and increases the chances to avoid long-term infrastructure downtime.

However, as mentioned before, EBS snapshots are stored in Amazon S3, and you cannot access them directly. Consequently, you are unable to copy EBS backups outside AWS.

EBS snapshots can consume a very large amount of the cloud storage space, and you will have to pay for this space. Deduplication could resolve this issue. However, there is no deduplication solution integrated with AWS.

Scheduling is one of the most important things in creating backups. To keep your snapshots up to date, you need to create a specific schedule for snapshotting. However, you have to keep in mind that the more snapshots you make, the more space will be consumed. You need a retention plan for keeping only the set of actual snapshots for some period. You can create a simple schedule by running Amazon AWS CloudWatch Events rules according to your schedule and set the rule that will automate the EBS snapshot creation. To make your schedule more complex and flexible, in addition to AWS CloudWatch, you can use a Cron expression to ensure that the snapshot will be created at a specific time.

NOTE: Cron is a time-based scheduler. In AWS you can use Cron-specific expressions to perform actions based on AWS events.

According to the AWS documentation, Amazon CloudWatch is a monitoring service for cloud resources and the applications running in the AWS cloud. You can use CloudWatch events to create reaction, in particular, creation of the EBS snapshot according to the schedule.

However, the aforementioned snapshot scheduling scheme is a workaround, rather than a built-in feature which is present in third-party software and allows you to perform scheduling in a few clicks.

According to Amazon documentation, EBS snapshots are stored in Amazon S3, but you will not find your snapshots in any S3 storage available to you. AWS uses such structure to store the EBS snapshots, but does not give you access to that special S3 storage. Consequently, you cannot perform granular recovery directly from EBS snapshots. 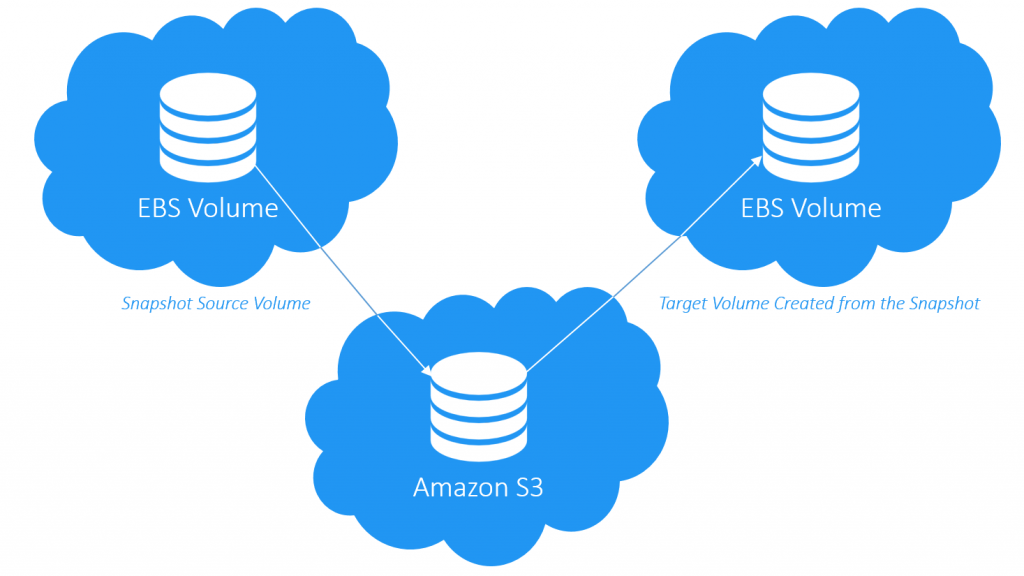 With the new EBS volume restored from an EBS snapshot, you can do everything that Amazon allows you to do with EBS volumes.

In one of our next articles, we will describe another method to perform backups – Amazon EC2 Instance Backup with NAKIVO Backup & Replication. So, stay tuned for our Blog updates!