Screenshot verification via a full VM restore is a very long process, which takes hours to complete and consumes much bandwidth, CPU, RAM, storage space … and your attention. Because of this, most VM backups are unverified and may turn out to be unrecoverable when the time comes.

NAKIVO Backup & Replication v5.6 provides an automated way to (near) instantly verify each VM backup and sends screenshots of the recovered VMs as a proof of recoverability. This way you can not only trust that you have a good backup but also see (and show to your management) that VMs are recoverable.

After each job run, NAKIVO Backup & Replication creates a recovery point in the backup repository. Once a VM backup is completed, NAKIVO Backup & Replication boots the VM from its newly created recovery point (that is, the VM is instantly recovered from the compressed and deduplicated backup repository via the Flash VM Boot feature). Note that networking on the VM is disabled to prevent any connectivity to the production environment. While the recovered VM is running, the VM backup remains in the read-only state, so it is no affected and all changes are stored in a temporary location on a datastore. Once the VM OS has booted, NAKIVO Backup & Replication makes the screenshot of the OS and then discards both the VM and the changes on the datastore. The screenshot is then included in job reports sent over email and in PDF reports that you can create ad hoc for any job. 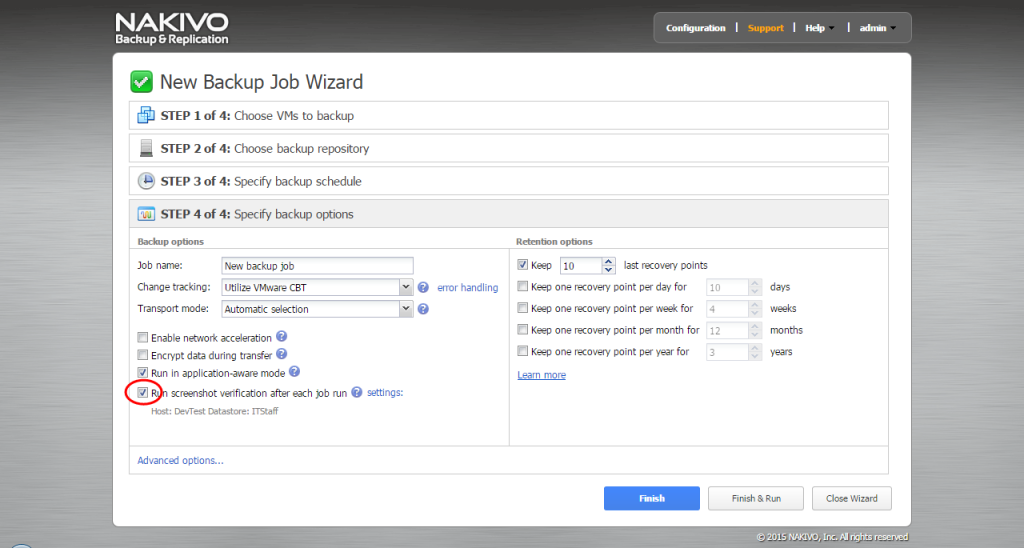 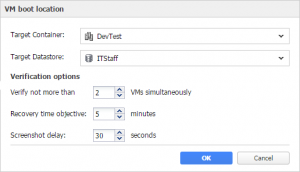 After each job run, all VM backups will be automatically verified by NAKIVO Backup & Replication. If you have set up email notifications, your email reports will contain the screenshots taken from recovered VMs, such as this one: 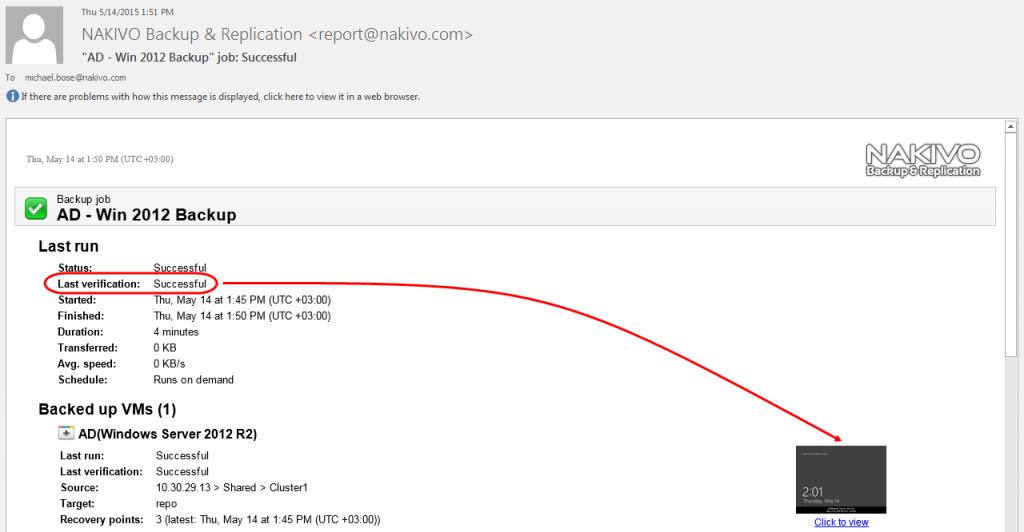 The screenshots are also available in PDF reports.

Download a free trial and try Screenshot Verification in your environment!